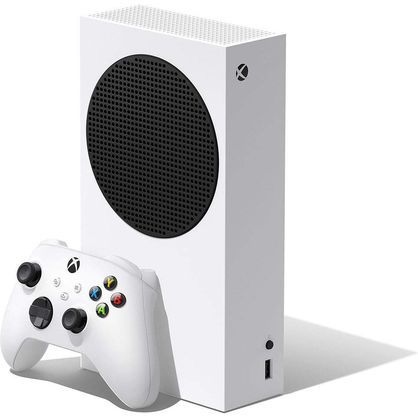 $429.00
Product grade:  ReStored
What is ReStored?
product
Out Of Stock
Get notified when it's back in stock Enter your email address to receive a notification:
Buyer Protection
Read more

Introducing the Xbox Series S, the smallest, sleekest Xbox ever. Experience the speed and performance of a next-gen all-digital console at an accessible price point. Get started with an instant library of 100+ high quality games. Seamlessly move between multiple games in a flash with Quick Resume. At the heart of Series S is the Xbox Velocity Architecture, which pairs a custom-SSD with integrated software for faster, streamlined gameplay with significantly reduced load times.